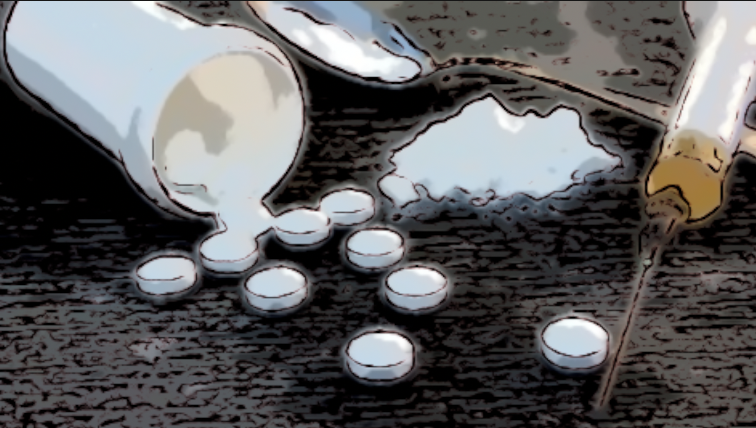 But that’s just the half of it.

Drug manufacturers created the perfect pill, weaponized it and then gleefully watched it ravage rural America. And the human toll was devastating. Opioids have lots of names; Oxy, Goodfella, Captain Cody, but in reality, it’s this; white people crack.

And as tragic as the pain and suffering might be, you’ll have to excuse African Americans if they’re a little slow to come around. In the 80’s, when crack cocaine was ravaging America’s urban population, (thats TV talk for “black people,”) all we heard from Reagan was “just say no, three strikes, mandatory minimums, no parole.”

What we didn’t see was black addicts on talk shows, crying about their habits, or politicians blaming the drug. Today, millions of white people are addicted to “hillbilly heroin,” and it’s exactly what happened in the 80’s with crack. Except for the part where black people are criminals and white people are victims. And while today the government prosecutes the opioid manufacturers and sends billions to repair these ravaged rural areas, urban America is still waiting.

The ultimate irony? When black people are in excruciating pain and they actually need opioids, what do doctors say now?

They just say no.