While the west condemns Russia, we must remember that it is Putin and his Generals who are the murderers.

When Russian troops pulled out of Afghanistan in 1989, it was not because of the Mujahideen. The now legendary freedom fighters who, with the clandestine assistance of the US, Israel and Egypt, defeated the Soviet military, were no doubt a brave and dogged opponent. But the ten year blunder that greatly contributed to the fall of the USSR, began at home in the Soviet Union.

Generational resistance to occupying forces was a lesson the US learned in Vietnam, then was forgotten in Iraq. Now the Russians are forced to taste the bitter lessons of the past. Resistance to the invasion of Ukraine is strong in Russia, with tens of thousands risking years in Russian prisons to protest the attack. And they know the world is watching. But what should the West do to help the Russian voices calling for Putin’s head?

Last week Senator Lindsey Graham stumbled across the stage and called for Putin’s assassination by the Russian people, a move that complicates Biden back channels to halt the invasion. It was amateurish and dangerous for a public figure, but it felt honest. And while Putin has a seemingly firm grip on his military, and brutally attacks domestic opposition, his fate at the hands of a mob seems unlikely.

But Russians continue to stand up in public and call for change. So we must ask, is our sanctions and strong anti-Russian rhetoric helping Putin’s enemies, or strengthening his base?

It is important to understand that many of the Russian soldiers are conscripts, and they are forced to fight, much like the young American boys in Vietnam. And it is the mothers of these conscripted young men who hold the future of both Russia, and possibly the West in their hands. Resistance in Russia is like the old adage by Tip O’Neill, former Speaker of The House, who famously waxed, “All politics is local.” When you lose a son in a war that speaks to no one, in a land that is far away, in a war that is both unnecessary and without honor, that loss is magnified and becomes symbolic of a disease that has plagued man for centuries.

Wars have and will continue to be orchestrated by men. And they are almost always fought by boys. And though military victories almost always determine the outcome, it is the voice of these childless mothers that resound loudest, in the shape of an angry wail or cry.

It is the sound of pain and loss. And usually truth. They are our mothers too. And our allies in a war against directionless men with no honor or heart 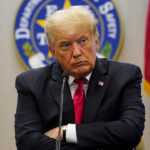 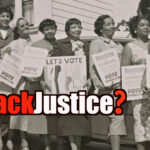