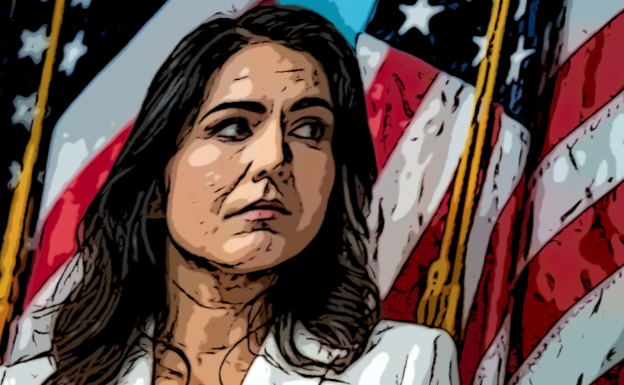 You might remember Tulsi Gabbard, a third of the GOP insanity-trifecta of Marjorie Taylor Greene and Lauren Boebert.

Tulsi’s a Russian asset who has been taking political donations from a Russian spy.

Elena Branson was just arrested for illegally pushing pro-Russia policies in the U.S. for a decade. But, in all her time lobbying for Russians, she gave money to just one federal candidate: Tulsi Gabbard.

Do the math; You have Trump taking Russian money over 20 years, eight US Senators visiting Russia on the 4th of July, THEN backing Putin, McConnell accepting hundreds of thousands of dark Russian cash, FOX News also backing Putin, and Madison Cawthorn, a pimply faced butt whistle calling Zelensky a thug while his president, Fat Donnie, dodged the draft and then mocked John McCain’s five years in a Vietnamese prison camp.

Reagan knew then what we know now, but Republicans don’t have the balls to admit; fascists kill innocent people. And in case you haven’t been paying attention. Putin’s bombing maternity wards and children’s hospitals, while these faux patriots wring their hands and question Joe Biden’s mental acuity. There is no gray are here. There is only right and wrong. And F you if you can’t tell the difference. 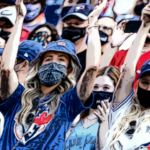